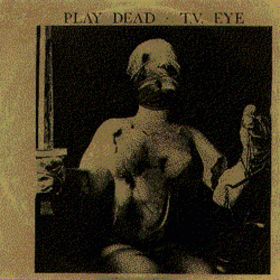 Play Dead were an English Goth rock group from Oxford that grew out of the fading English punk scene in 1980. Though the band was identified with groups like UK Decay and Sex Gang Children, the band felt they didn't belong under the "Gothic" title. The band made three studio albums for four different small labels—Fresh Records, Jungle Records, Situation 2, and Clay Records—before forming their own label, "Tanz", for their final album, Company Of Justice, which appeared in 1985.
The original lineup of Play Dead was Rob Hickson (vocals), Pete Waddleton (bass), Mark "Wiff" Smith (drums), and Re-Vox (guitar). In July 1981, Re Vox was replaced by Steven Green. In 1984, Rob and Pete created the project "Mankind's Audio Development" nicknamed M.A.D. Only one single was recorded with the two songs "Craving" and "Sunfeast." Waddleton left the group in 1986 and after a brief period as "The Beastmaster Generals" the band dissolved.