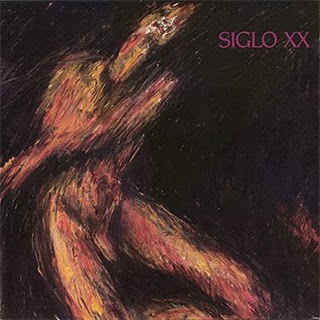 
SIGLO XX (Antonio PALERMO, Dirk CHAUVAUX, Erik DRIES and Klaas HOOGERWAARD) hail from Genk, a depressed industrial city in Belgium. After the closing of the coal pits, Genk has now a painful present of unemployment, poverty, drug abuse and violence. In that context, there's nothing unusual in a "rock" group stamping their sound with a hard, dark, but also very personal and emotional philosophy. Their formative years were the years of Punk. And perhaps there you'll find a cause for their headstrong tenacity of doing it in their own way. SIGLO XX refuse to produce music that shys away from looking reality straight in the eye. They've succeeded in imbuing their art with a touch of impressionism that's sadly lacking in a world preferring to whistle only unaffected melodies. SIGLO XX have remained passionate and fascinated, following their own chosen way without losing sleep over fashion or trends.      Constantly evolving, the group attracts a growing number of commited fans all over Europe.
In 1980 Siglo XX independantly released their first 7'' single ‘The Naked and the Death’. Things really got rolling two years later with the maxi-single ‘The Art of War’, still a classic and for instance included on a ‘New Wave Club Class.X’ volume. Later they signed to Antler Records which released a few of their albums and maxi’s. Their sound resembled Factory bands like Joy Division and Section 25: cold new wave, with dark basses, moody synths and depressive vocals. Siglo XX sounded probably even rawer than their more famous examples, with sometimes punky guitars. In the mid 80’s a move to Play it Again Sam followed, where three albums came out. The last was ‘Under A Purple Sky’ in 1989.