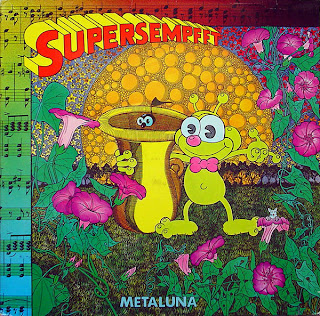 Supersempfft (also known as Roboterwerke) were one of the first if not first electronic musicians from Germany, starting back in the late 60's. They went on to release 3 albums in the late 70's, early 80's and were a huge influence on people such as Herbie Hancock, Afrika Bambaataa and even Kraftwerk. The video above and the artwork for the their first 2 LP's follow the adventures of a frog called Supersempfft and his journeys through the universe while high and carrying his little saxophone, AMAZING!