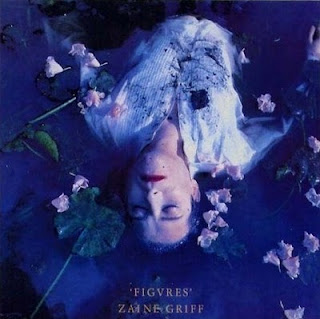 
Zaine Griff (born 4 October 1957, Auckland, New Zealand) is a singer-songwriter who formed part of the English new wave scene of the 1980s. Although being educated and beginning as musician in New Zealand, he moved to England in the 1970s, where he continued with his artistic and musical career, becoming a solo artist. He worked with Lindsay Kemp, in arts, and The Human Instinct, The Kinks, David Bowie and Hans Zimmer, in music.

Being brought up in New Zealand and Tahiti by his Danish parents, he learned guitar in an early age.
In the early 1970s, he joined country rock band The Human Instinct, as bassist, with the stage name of Glenn Mikkelson. During his time with the band, he recorded three albums, Snatmin Cuthin (1972), The Hustler (1974) and Pegleg (recorded in the mid 1970s but released in 2001).
By 1975, he quit The Human Instinct and moved to London, England to continue his musical career. There, he became vocalist and bassist of a band called Baby Face and began to study mime and movement, alongside Kate Bush, Adam Darius and Lindsay Kemp. At the time, he joined Kemp's production Flowers, but quit to stay in London to continue with music, when the company went to tour in Australia.
After leaving the Kemp company, Griff joined Screemer, with whom he released two singles, "Interplanetary Twist", in 1976, and "In The City", in 1977. Griff also played bass guitar with The Kinks on their album, Misfits.
In 1979 for his solo career, he used various musicians for his band among them, future film-musician Hans Zimmer and Ultravox drummer Warren Cann. He released two albums, Ashes and Diamonds (recorded in 1979, released in 1980) and Figures (1982). Ashes and Diamonds was produced by Tony Visconti. On both albums, Zimmer played keyboards and computers. On Figures, Kate Bush sang backing vocals in the song "Flowers", which was dedicated to their mime and dance teacher Lindsay Kemp. Also Yukihiro Takahashi joined the other musicians. The single, "Tonight" peaked at #54 in the UK Singles Chart in February 1980, whilst "Ashes and Diamonds" reached #68 in the same listing in June that year.
In 1982, Griff had an art exhibition in Ebury Galley, London. Warren Cann, Mick Karn, Steve Strange, Tony Visconti and Mary Hopkin, all visited the exhibition. In 1984, Griff returned to New Zealand, where he became the owner of a jazz club in Auckland. He has produced several artists and wrote new songs in more recent times. In January 2010, Griff started to record his third album, with the release date planned for late spring in 2011. Plans were also made to re-release his first two albums on CD.