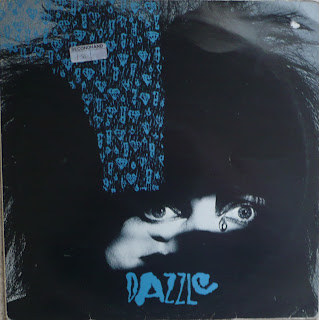 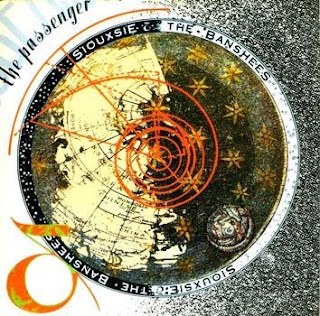 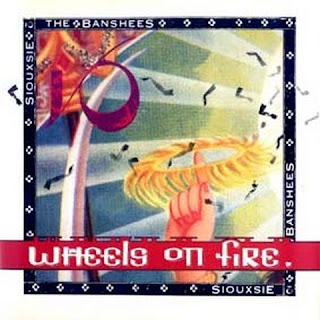 Siouxsie and The Banshees
Wheel's On Fire 12''
1987
Post Punk New Wave Gothic Rock
England
Tracklist:
A This Wheel's On Fire (Incendiary Mix)
B1 Shooting Sun
B2 Sleepwalking (On The High Wire)

Siouxsie and the Banshees were a British rock band formed in 1976 by vocalist Siouxsie Sioux and bassist Steven Severin. Initially associated with the English punk rock scene, the band rapidly evolved to create "a form of post-punk discord full of daring rhythmic and sonic experimentation". The Times cited Siouxsie and the Banshees as "one of the most audacious and uncompromising musical adventurers of the post-punk era."
The group also became inspirational in the creation and development of gothic rock and their music also combined elements of pop and avant-garde.
Siouxsie Sioux and Steven Severin met at a Roxy Music concert in September 1975, at a time when Glam Rock had faded and there was nothing new coming through with which they could identify. From February 1976, Sioux, Severin and some friends began to follow an unsigned band, the Sex Pistols. Journalist Caroline Coon dubbed them the "Bromley Contingent", as most of them came from the Bromley region of Kent, a label Severin came to despise. "There was no such thing, it was just a bunch of people drawn together by the way they felt and they looked." They were all inspired by the Sex Pistols – from watching them, they realized that anyone could do it. When they learned that one of the bands scheduled to play the 100 Club Punk Festival, organized by Sex Pistols manager Malcolm McLaren, pulled out from the bill at the last minute, Sioux suggested that she and Severin play, even though they had no band name or additional members. Two days later, the pair appeared at the festival held in London on 20th September 1976. With two borrowed musicians at their side, Marco Pirroni on guitars and John Simon Ritchie later known as Sid Vicious on drums, their set consisted of a 20-minute improvisation based on "The Lord's Prayer".
While the band intended to split up after the gig, they were asked to play again. Two months later, Sioux and Severin recruited drummer Kenny Morris and guitarist Pete Fenton. After playing several gigs in early 1977, the band realized that Fenton did not fit in because he was "a real rock guitarist." John McKay finally took his seat in July.
The Banshees disbanded in 1996, with Siouxsie and drummer Budgie continuing to record music as The Creatures, a second band they had formed in the early 1980s. In 2004, Siouxsie began a solo career.
Members
Siouxsie Sioux
Steven Severin
Budgie
Past members
Sid Vicious
Marco Pirroni
Kenny Morris
Peter Fenton
John McKay
John McGeoch
Robert Smith
John Valentine Carruthers
Martin McCarrick
Jon Klein
Knox Chandler
Publicada por TorviC à(s) 18:52